The Musica Famous Sale is officially on. It runs from the 31st of May to the 1st of August 2012. You can download the full gaming catalogue by clicking on the image.

What you need to know: 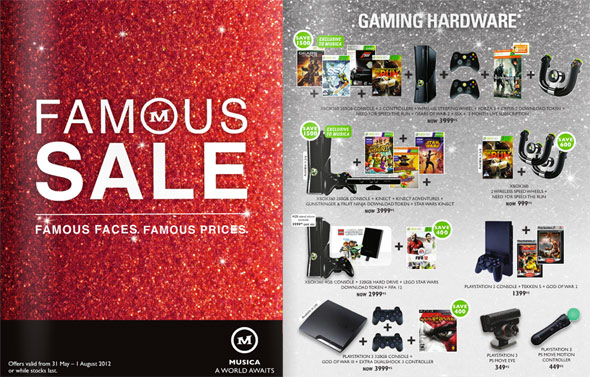