Like their fellows at BT Games, Musica have also released a May catalog. The New Games on the Catalog include Max Payne 3, Ghost Recon Future Soldier and Prototype 2. Dead Space 2 on XBOX 360 and Killzone 2 on PS3 are also going for the respectable price of R200.00. Click on catalog to enlarge it. 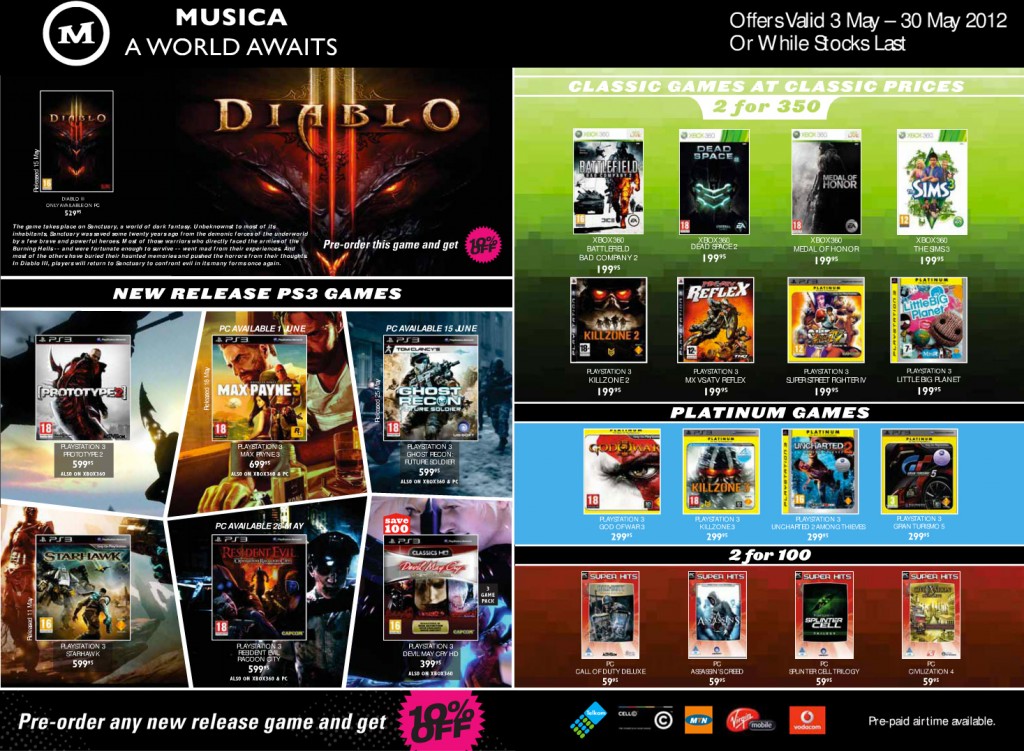